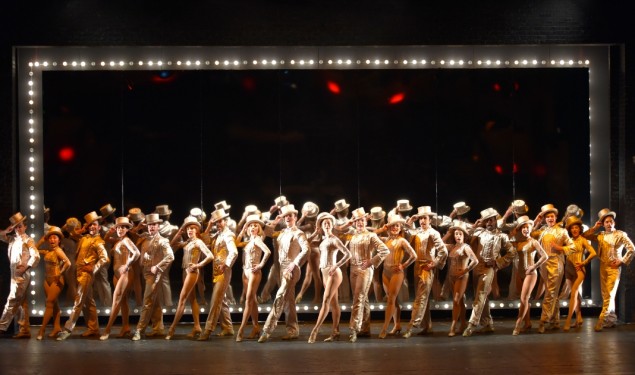 A group of performers dance their hearts out for a chance of a lifetime to be cast in a new Broadway musical. As the play opens the audience is immediately captivated in sorting out what is happening before them. A Chorus Line is one of the longest running shows in New York theater history, breaking records, winning nine Tony Awards, seven Drama Desk awards and the Pulitzer Prize for Drama. It is considered one of the most successful shows on Broadway ever. 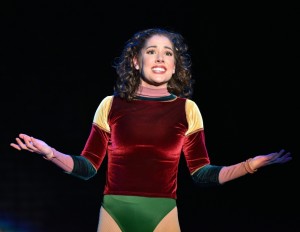 While watching the performance of A Chorus Line at The John Engemen Theater in Northport, audiences are reminded why this show is so memorable and timeless. It offers everything one could expect in a performance including drama, comedy, catchy music and dancing. A Chorus Line’s fame has led to many successful productions worldwide. The performance currently running at the Engeman Theater can be counted among those successes. This rendition lives up the high expectation that one would expect from A Chorus Line. This can be attributed to a well cast production with strong talent across the board. Each member gives a solid performance of dancing, singing and acting. While the entire cast was talented and well suited for their roles, there are some terrific performances that stand out and are worth noting.

A highlight was the excellent performance of “What I Did for Love” performed by Maria Cristina Slye who played Diana. One of the dancers named Paul falls and injures his leg and is forced to leave the auditions. Zach, the director, played by James Ludwig, asks the remaining dancers what they will do if they are not selected for this performance or if they can no longer dance. The consensus is they will never have regrets for choosing this lifestyle. At this moment, Maria Cristina Slye performs the show stopper and does a great job with it. Performing “What I Did For Love” as compared to the original is no easy task but Slye pulls it off. Maria Cristina Slye gave a strong performance as the feisty Diana throughout the entire show. 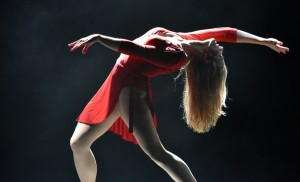 Another standout was Cassie, performed by Jessica Lee Goldyn who gave a moving performance and a superbly performed solo dance number. We learn that Cassie was romantically involved with the director before she left town. After not finding success, she is back and desperate to be chosen. Goldyn successfully captures the desperation of Cassie and we find ourselves rooting for her to be one of the 8 selected for the show.

Omar Garibay who played Paul had a moving performance as well. He reluctantly relays his heart-wrenching life story. Zach calls Paul on stage, and he emotionally relives his childhood and high school experience, his early career in a drag act, coming to terms with his homosexuality and his parents’ ultimate reaction to finding out about his lifestyle. Garibay does a great job with the character of Paul and his talent stands out. 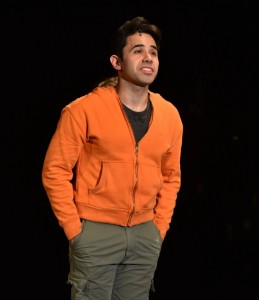 What makes the show so moving is that the audience gets to know the hearts and minds of the individual characters rather than having them remain as anonymous performers. We come to understand why dancing is so important to them individually as we learn about the events that shaped their lives. Caring about these characters brings watching the dance numbers to a whole new level beyond mere entertainment.

The finale of “One” meets the high expectation we’ve come to expect from this number. The number begins with an individual bow for each of the characters, and the audience immediately rejoices in their accomplishment. What makes the finale so enjoyable is the strong performances given by the entire cast. After sharing in the painful parts of their lives it is especially rewarding to share this joyous moment with them. It reminds us that life can be joyous as well as sad.  The finale is everything it should be and was very well performed. It leaves the audience feeling happy and satisfied.

Treat yourself to this well done rendition of A Chorus Line performed at Engeman Theater and you will find yourself thinking about the characters and singing the tunes long after having seen it.

A Chorus Line is currently showing at John W. Engeman Theater located at 250 Main Street, Northport. The show is running now through May 10, 2015. For tickets call the theater’s box office at (631) 261-2900 or visit their website at engemantheater.com

5 thoughts on “The Huntingtonian: Review of A Chorus Line at Engeman Theater”

Connect With Engeman
Send this to a friend